CleaMAP was a project born in 2011 in collaboration with CleaNap association. 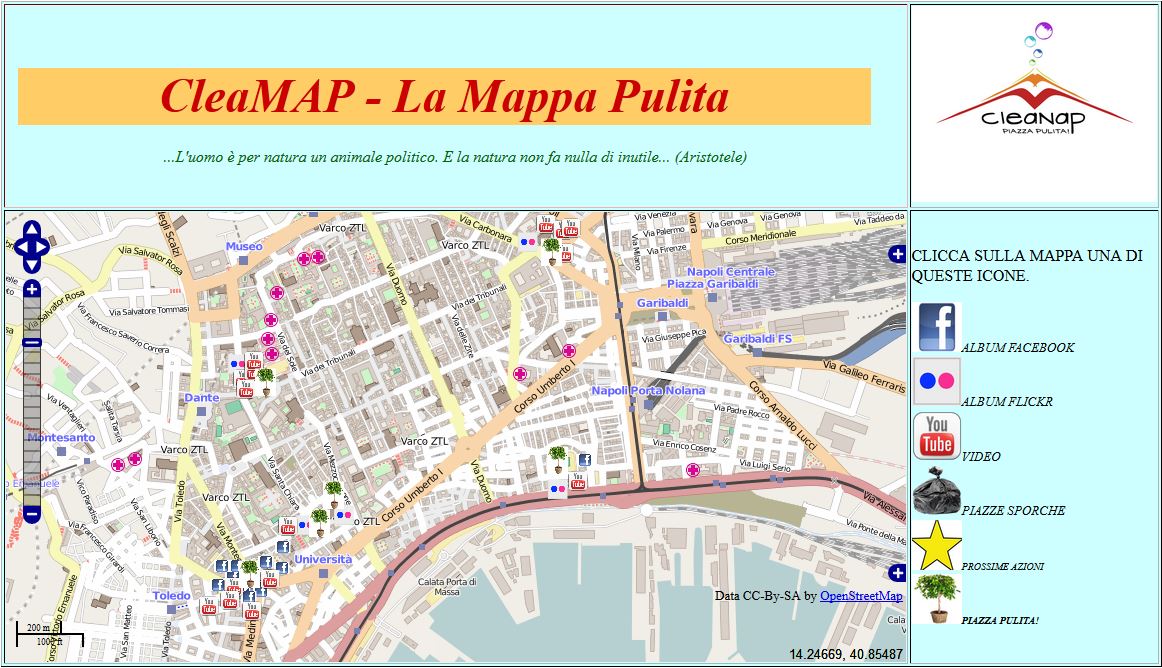 Unfortunately, the garbage emergency has always been a constant problem in Naples, distressing the whole neapolitan community, without seeing a way out for many years. Without getting in political discussions, I have been planning to give a little contribution of informational kind through use of a custom map for CleaNap group.

The CleaNap Community was born by an idea of some guys to create performance in order to clean up ( which crasis Cleanap derives by)  squares, streets and monuments in Naples’ historical centre, for too long time left to the decay and the negligence, in addition subjugated by a never ending garbage invasion. For that reason it planned to perform through decisive actions by a facebook’s help. Armed with rakes, shovels, brooms, plants and a lot of gardening stuffs, a one hundred people began to clean up Bellini Square in what has called, ” guerrilla pacifica”.

After that fist performance, I decided to involve my GIS skills for creating an informative application, different to usual social network channels. In accord with CleaNap guys, I collected a lost of  data from those performances and I built a WebGIS which permitted to display media such as videos, photos and other useful information about association’s activities in the surroundings.

Tecnically, CleaMAP has been made through use of QGIS’s OpenLayers plugin, with a GML (Geographic Markup Language) database in accord to visualization needs.