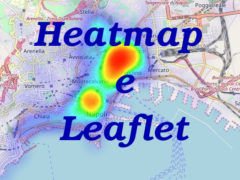 The heatmap is a powerful visualization method for describing a great group of point concentration and distribution. Here is a little example in Leaflet.

A short introduction to the Leaflet library. A basic guidelines where we show the basic features for doing a proper webmapping. 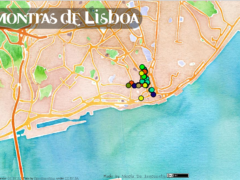 A map of Lisbon which shows and tells about the ancient shops in capital Portuguese’s centre. The map has been came along with several photos for showing the beautiful entries of each store.

A fast example about the flexibility of Leaflet on mobile, playng with a plugin adapted to study case.

A map which geographically marks Neapolitan places, CleaMap, where CleaNAP performed cleaning up actions in 2011, when the garbage emergency had its peak in the city.